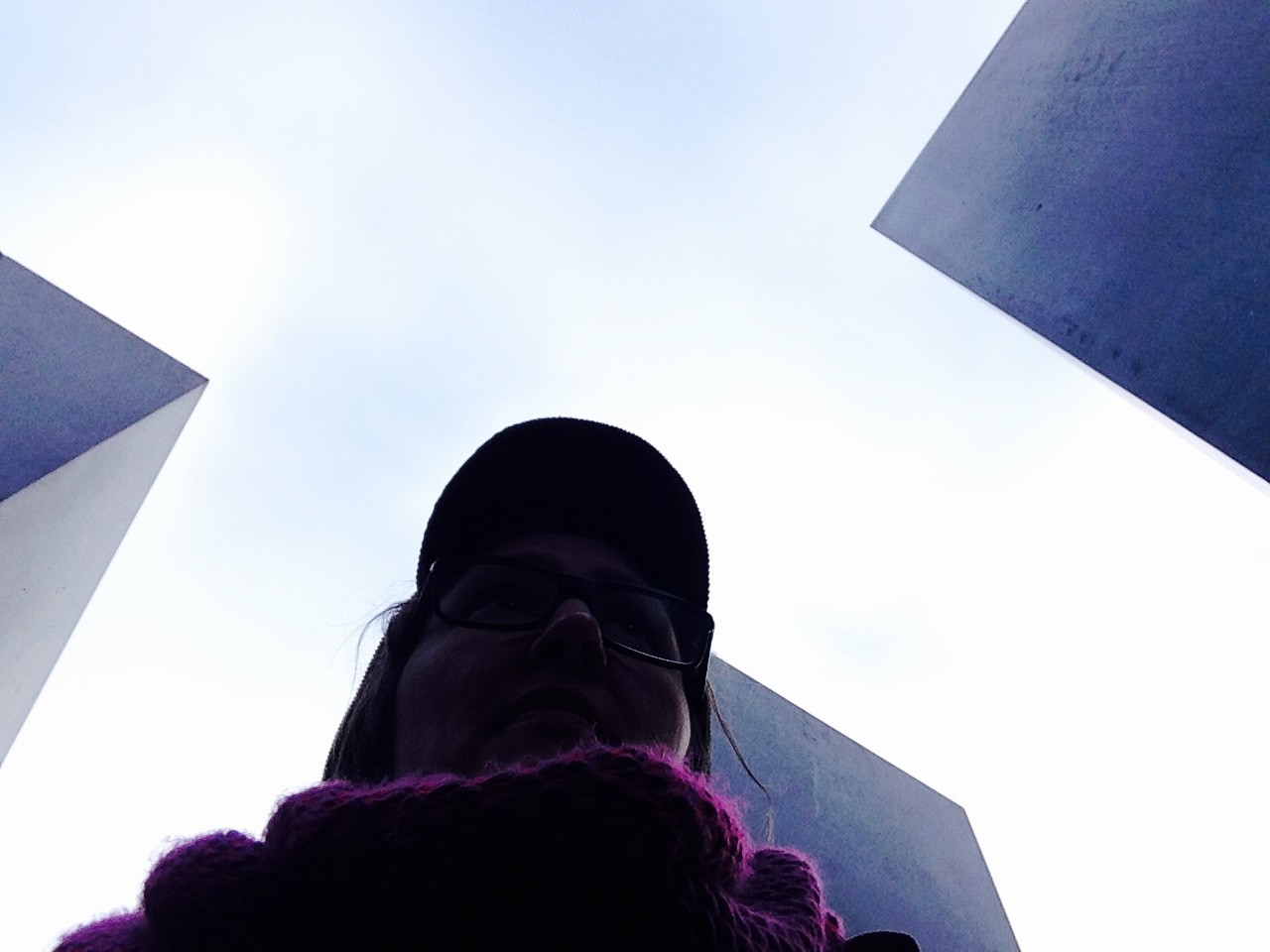 I guess this will be the shortest blog post I’ve ever written. Because I am not used to this: I simply don’t know what to say. Nevertheless there IS something to say, but I don’t know how to find the right words for it. But let me try.

Last weekend I visited Berlin. I met wonderful people there, for example Mandy, also a blogger, (visit her at “Go Girl Run”), who organized our trip to Berlin. On Friday evening I presented my book “Turtlerunners’ Trainingsbuch” to a group of nice people. We met at “Rosi ich bin im Park“, a wonderful little location which invites you to drink peppermint tea, lemonade or coffee, have delicious little meals like chili with chocolate, and awesome vegan chocolate cake. It almost felt a bit like home there, it was so comfortable! We had engaging conversations, and after a long inspiring evening, I went to bed at the Cat’s Pyjamas Hostel, which was also very pleasant.

Berlin, where I (almost) lost my words.

On Saturday we started the day with a short sightseeing tour through Berlin, and that is where I began to lose my words. I didn’t realize until that day that Berlin is a city whose history is everywhere. You can’t walk a hundred steps without being in touch with history. And it is not a kind of ‘nice’ history. I visited the Holocaust-Monument and I stood there, where Hitler lived, in his last weeks in Berlin. I didn’t know that the “Führerbunker” still exists, but it does. And I stood there. Beneath my feet I could almost feel it. Or at least, I thought I could. It was a scary feeling and I didn’t like it. It made me feel weak, and suddenly I realized that all of this wasn’t just a story. It was history. Real history. And this knowledge almost made me sick. Of course I had learned about the World War in school, and saw movies. Let’s say “Indiana Jones“, where Berlin also was an important place. And I knew that all this was real. I knew it. But I guess to know and to feel are two very different kind of things. So I stood there, only a few metres above Hitler’s hideout-place, and I felt it. It was both disgusting and frightening. It oppressed me for many hours and I wondered how anybody could live in Berlin and not feel this oppressive feeling all the time. But maybe it was just a kind of a culture shock. Don’t forget I live in a small village with about 550 people. Compared to my home, Berlin is a world of its own.

After I went to brunch at Kopp’s, the “world” looked a little brighter. Yet I won’t ever forget that feeling I had when I stood there. And maybe it is important not to forget.