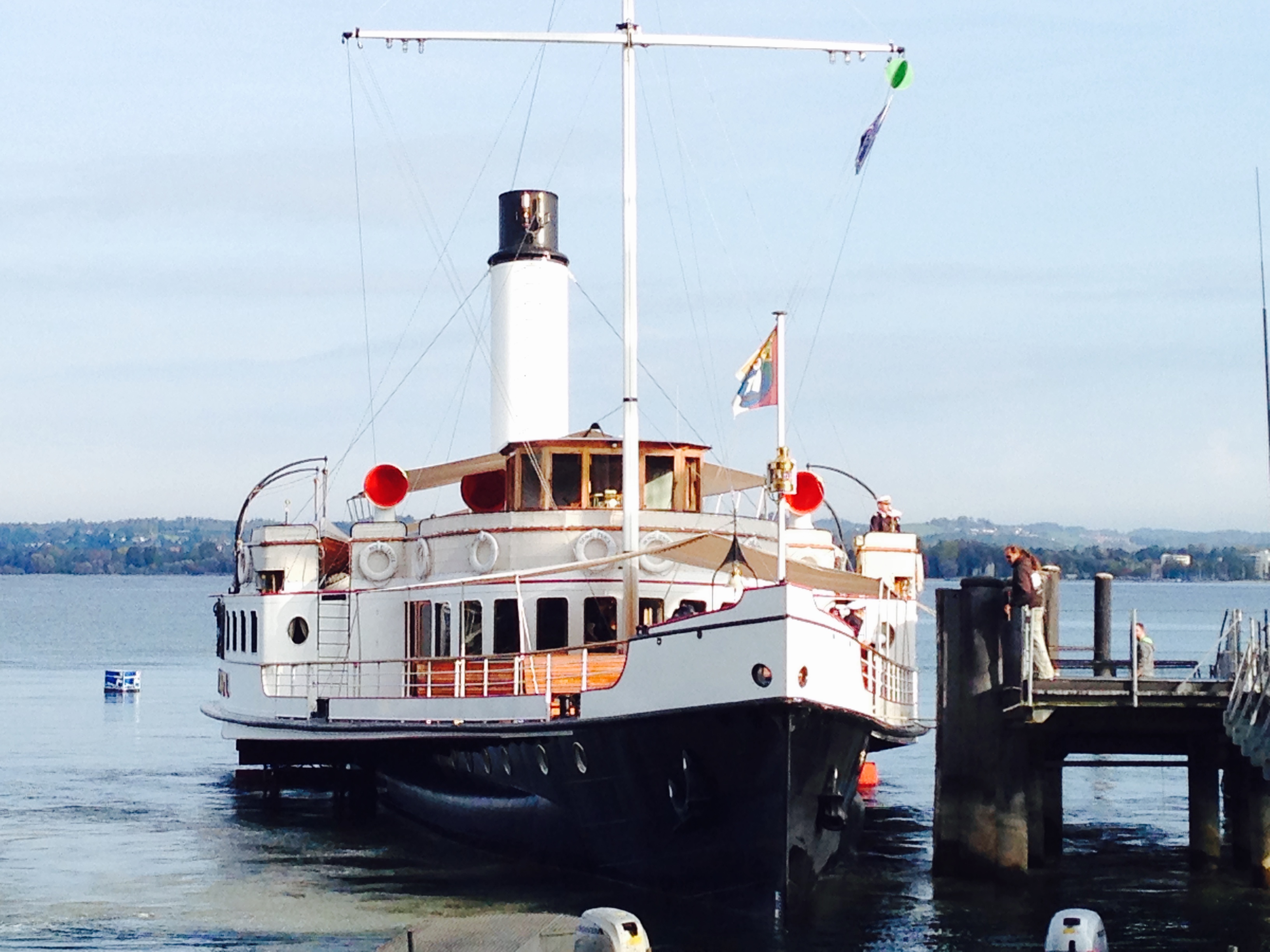 Last weekend I felt very important. I was invited to the VIP-Lounge at the Sparkasse Marathon, because I was one of the speakers at the health symposium which traditionally takes place one day before the race starts.

So I could enjoy a beautiful ride on a ship with the well known “Hohentwiel“, a legendary paddle steamer. The weather was amazing, the food tasted awesome (even as a vegan I got something to eat though I didn’t dare to hope I would), and I was really close to the runners when the race began. This year I didn’t run myself because I am supposed to take a little break. Two weeks without running – almost a nightmare to me, but necessary for recovering.

So I watched the start with amusement and joy, and also a little sadness, because parts of my body still wanted to run with the 9,000 runners. Well, I would have had to jump across the water to join the race. So I changed my mind quickly and took the ship with the others to Bregenz, where we were invited to a special tent just for the VIP’s. Oh my god, I felt so extraordinary! Only a few people were allowed to enter the tent, and there was food and drinks all over! I got myself some antipasti and vegetables and was really happy. It doesn’t take much to make me a glad person, as you can see.

Afterwards I noticed that there was another advantage of being a VIP: we were allowed to get as close to the finish line from the marathon as you can imagine. I could have touched the runners if I wanted to! And that was really awesome. So I decided to spend a little time at the finish line, watching the exhausted runners, finishing, looking happy!

And somehow I felt so connected to all of them! I could empathize with what they were feeling and I was so proud of everyone – and I realized, that I am runner with all of my heart. The feeling of starting at a race and finishing isn’t comparable to anything. No matter how hard it was, no matter how much pain you have felt, when you have reached the finish line – there is only one thing you want: more of this feeling. And this is why you are doing it again and again and again. Because it’s simply wonderful. When it’s over.

It was really great being a VIP for one day – but when I stood there, watching all of these runners, I said to myself: Next year I will run again! Even if that means, that I won’t be a VIP anymore. But nothing makes you feel more VIP than finishing a race.